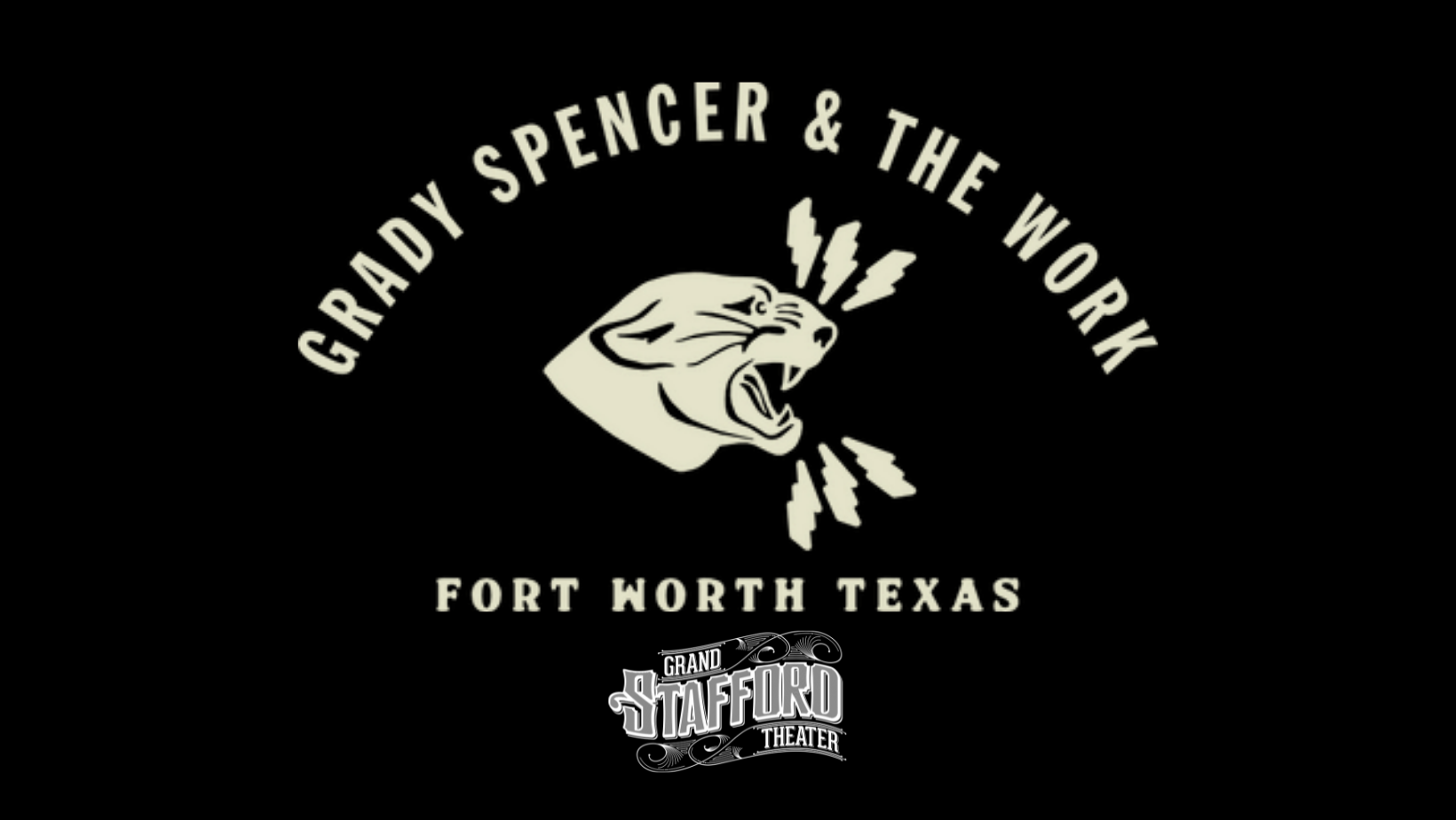 Born in Lubbock and raised in the country outside of a town called Paducah, Grady Spencer’s roots dig deep into Texas soil. By day, Spencer is a superintendent for a commercial construction company. By any other time, he’s songwriter and front-man of Grady Spencer & The Work.

The Work originally formed in 2013 on the stage of Paradox Church in Fort Worth, Texas. Drummer Blake Sager was joined by bassist Johnny Hatcher in 2016, followed by guitarist Tyler Martin in 2018. The Work’s music reflects its members: honest, good-timing, with a nod to blue-collar roots.​ In 2013, the band recorded and self-produced its first album at 1916 Studios in Kyle, Texas. Sleep featured Spencer and Trevor Powell on guitar and vocals, Blake Atwell on guitar, Sager on drums, and Josh Brandenburg on bass. The album was released that same year and was the band’s first introduction to the Fort Worth music scene. “Things to Do” was eventually picked up by the Fort Worth Visitors Bureau via Tom Martens, and in 2017 the city sent Spencer and The Work to Niles City Sound to rerecord and release the track as a single.

Sophomore record The Line Between was primarily tracked at January Sound in Dallas, Texas. The band worked with Magnolia Records and released the album in 2016. Spencer’s vocals and guitar were once again accompanied by Powell on guitar and Sager on drums, with Steve Moore on bass, producer Ryan Tharp on guitar, and Cody Culberson singing harmonies. This album carried the band beyond Fort Worth city limits—a following started to crop up across the state and numbers rose on streaming platforms, catapulting The Work to their next album.

Celebrate, The Work’s most recent album, was recorded with Niles City Sound in Fort Worth, Texas in 2018. This time Spencer was joined by Hatcher on bass and vocals, Martin and producer Austin Jenkins on guitar, and Sager on drums.

Dallas Burrow has always been an adventurer. Born and raised in Texas, he cut his teeth on the road, traveling across much of the free world with a head full of songs and a thirst for thrills. Along the way — somewhere between the childhood guitar lessons he received from his father (a blood brother of Townes Van Zandt and friend of Guy Clark) and the vagabond whirlwind of his 20s — he built his own brand of American roots music. It was a sound rooted in folk, shaped by classic country, and heavily influenced by the Texan craftsmen who’d come before him. Decades after his father raised hell with Lone Star State legends, Dallas Burrow proudly picked up the torch, carrying Texas’ songwriting tradition forward with albums like Southern Wind.

Burrow returns home — physically, symbolically, and musically — with the self-titled Dallas Burrow. His first album written and recorded in the wake of his newly found sobriety, Dallas Burrow finds the songwriter embracing the stability of fatherhood and family life. It’s a collection of songs about maturing and finding one’s path, recorded to two-inch analog tape by producer Bruce Robison and shot through with the rich storytelling, organic Texas twang, and authentic Americana that have all become Burrow’s sonic signature.

“In all of my past exploits and periods of exploration — the larger-than-life characters I met and the adventures I had — I was searching for something,” says Burrow. “Ultimately, I’ve realized that having a home, finding love, and building a family are the things that I was looking for all along, and that being a family man is perhaps life’s greatest adventure so far. I’m still writing about the adventures I’ve had… I’m just embracing a new kind of adventure.”

Dallas Burrow arrives on the heels of 2019’s Southern Wind, whose songs found Burrow taking one last look at his days as a hard-living, Jack Kerouac-worthy nomad. Recorded in Nashville, the debut album was a career-boosting hit on both sides of the Atlantic, reaching Number 25 on the UK Americana Chart and Number 4 on the US Alt-Country chart. Burrow supported its release by hitting the highway, playing shows to the largest audiences of his life. While touring across the southwest with longtime friend Charley Crockett, he met Bruce Robison, one of the modern-day legends of Texas’ music scene. Months later, Burrow headed to Robison’s studio in the Texas countryside, where they recorded Dallas Burrow in a series of live performances.

The analog tracking process required Burrow and his band of Texas heavyweights to focus on uncluttered, in-the-moment performances that showcased the songs themselves. “It’s a throwback style of recording, not unlike the way the Wrecking Crew in LA or the Swampers in Muscle Shoals would have done things,” notes Burrow, who recorded the songs with bassist Sterling Finlay (Todd Snider), guitarist Larry Chaney (Steve Earle), pianist Kullen Fox (Charley Crockett, Paul Cauthen), violinist Bryan Duckworth (Robert Earle Keen), steel guitarist and dobro player Dan Johnson (Hank III), slide guitarist Chad Pope (Dale Watson), pedal steel guitarist Cody Angel (Jason Boland), drummer Josh Blue (Bruce Robison’s band), and guitarist Chris Kues (Burrow’s own touring lineup). “You get a bunch of talented guys in one room, and what you capture is a real performance, where everyone is listening to each other and serving the song as it’s being laid down.”

The result is a 14-song collection of western Americana, sung by Burrow in a voice that bears both the road-worn weariness of a lifelong highwayman and the fierce fire of a man reborn. This is an album about craft and conviction, from the moody western folk of the opening song, “Country Girl,” to the woozily gorgeous closer, “Outlaw Highway.” The latter track features lyrics written long ago by Burrow’s father, whose own songwriting helped lay the brickwork for his son’s career. Album highlights “Easter Sunday,” “American Dream,” and the anthemic “Independence Day” double down on that family theme, with Burrow nodding to his new role as a father and husband.

If Southern Wind was an album about closing a chaotic chapter of one’s past, then Dallas Burrow is a celebration of fresh starts and new beginnings. Burrow isn’t cheating death anymore. Instead, he’s rediscovering a new way to live, with this self-titled album serving as the soundtrack.