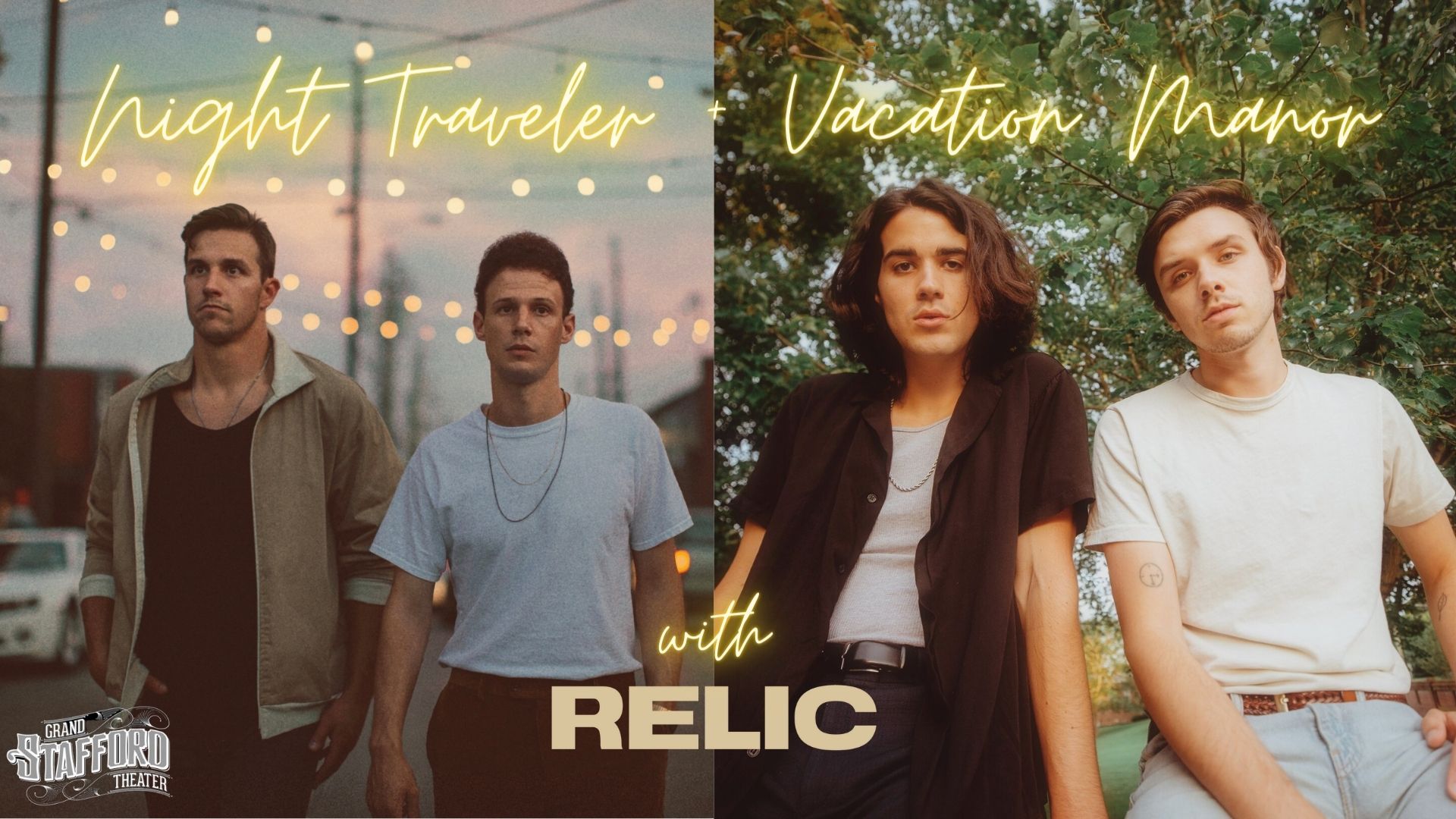 While drawing comparisons to bands like the “War on Drugs” and “The Paper Kites”, the alternative/rock duo’s emotive sound is uniquely their own. The band emerged in 2018 with their first single “1984” causing instant buzz with tastemakers and followed with a stellar debut EP entitled “Vol. 1” in 2019. These early releases drew praise from industry standouts such as LANY and Noah Gundersen which spurred the band to embark on their first national tour in 2019 with Vacation Manor, playing the major cities down the US east coast.

Powered by their first national tour and early releases, the band began to grow organically, finding resonance through their late-night, timeless sounds with fans both in the US and internationally. Upon seeing the undeniable growth of a true fan base, the independent duo spent the following year writing and recording their debut album with producer Nick Box in a lake house turned studio. They continued to evolve sonically throughout the recording of the album, and ended up with a record that they believe will stand the test of time. The first single from the album, “I Still Love You”, captured the attention of listeners globally as it amassed over 2.5 million views over a few short months and expanded their listener base to 50,000+ YouTube subscribers and 20,000+ Spotify followers.

NIGHT TRAVELER released its complete debut album “Dreams You Don’t Forget” in April of 2021 to a reception that they themselves hadn’t anticipated. Their increasingly steady growth of deep listeners shows that the future is bright for this band from Austin, Texas. The classic melodies, guitar forward production, and nostalgic feel to their songs make listeners feel like they’ve been listening to NIGHT TRAVELER forever.

Much like photos, songs enable us to relive the most special moments of our lives. Thumbing through the pages of a scrapbook or scrolling through your phone resembles dropping the needle on your favorite record or scouring a playlist. In similar fashion, Vacation Manor crystallize those moments and memories in the echoes of shimmering guitars, glistening keys, upbeat sunny grooves, and iridescent melodies. On their 2021 self-titled full-length debut, Vacation Manor [Nettwerk], the Virginia duo—Nathan Towles [vocals, guitar] and Cole Young [drums]—stitch together shared and personal experiences in a patchwork of vibrant and vivid alternative anthems.

RELIC is Jake Baker (vocals, guitar), Nathan Slonaker (drums), and Carson Carothers (guitar), a developing connection of young musicians from the heart of Texas. Formed in 2018, RELIC has slowly refined a sound that combines the organic soul of rock n roll with the approachability of modern indie rock. Thoughtful lyrics and practiced musicianship yield an energetic, yet vulnerable show that pleases the ears and softens the heart.