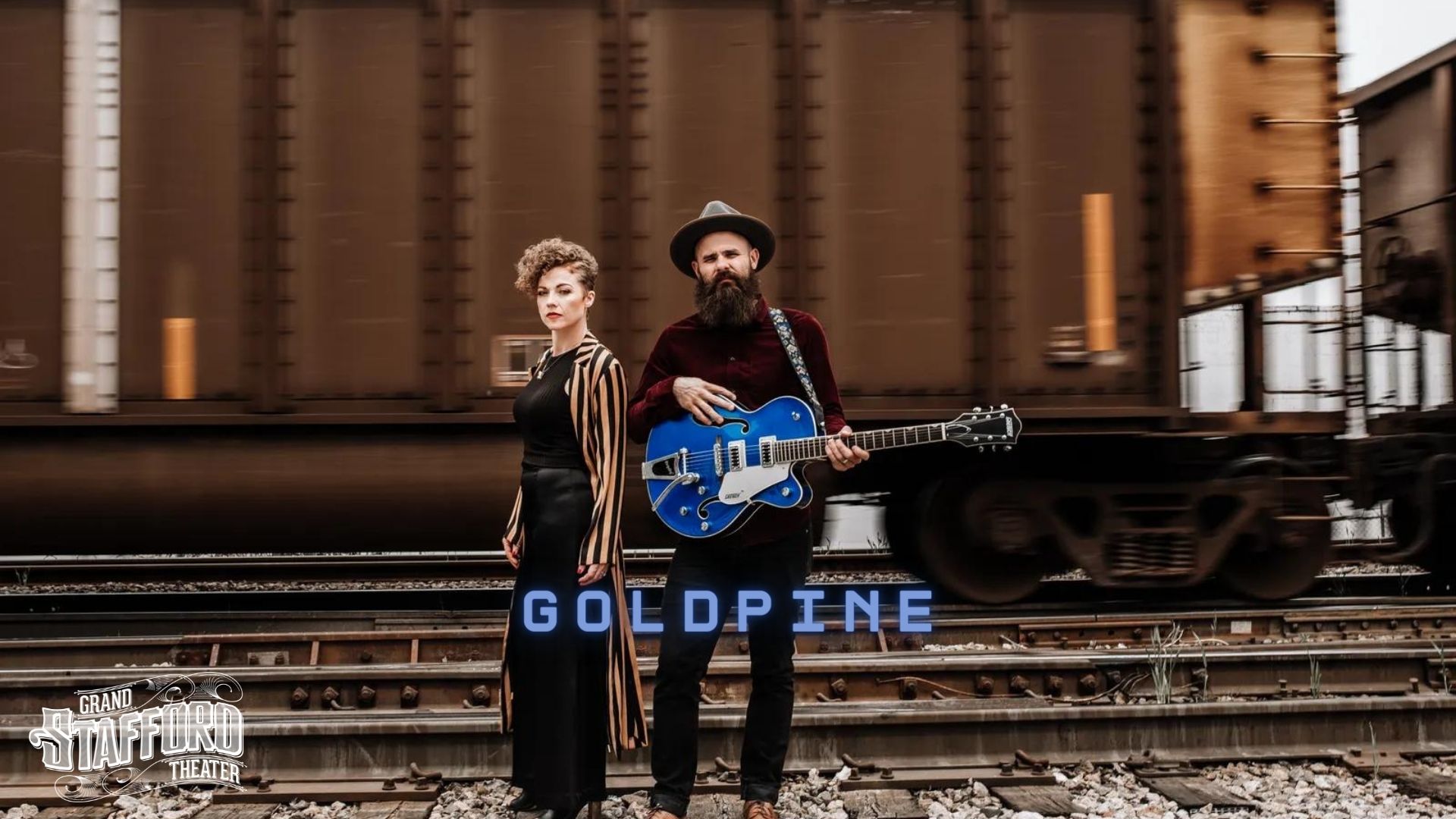 Emotionally-honest lyrics will bid you to wander through hidden scenes in their lives, accompanied by raw vintage guitars and the intimate harmonies that only life-long lovers could discover.  Uncovering the pursuits of purpose and love, with the triumphs therein, and exposing the pains of severed relational connections, Goldpine reaches into the expanses of their hearts to bring up lyrics that will cause you to wonder if they have been reading your diary.

With their polar-opposite musical backgrounds, Kassie and Benjamin meld old-school country, singer-songwriter, and alternative folk-rock into a sound that can only be described as “Southern-Soul and Curious-Grit”.  From impassioned ballads like “You Never Ask How I’m Doing Anymore” to the raucous acoustic ditty “This Heart of Mine”,  Goldpine serves up a full-course meal when they hit the stage.  As to sound, the duo is driven by a racing-striped acoustic guitar (with some family history) and a suitcase kick-drum, but the bold vocal harmonies seal the deal.  At times, Kassie and Benjamin’s voices seamlessly intertwine to create delicate thoughtful moments, while other times cultivating a roar of angst.

Presented the “Discovery Award” by acclaimed music critic Robert K. Oermann (Nashville’s Music Row Magazine), Goldpine declares performance as their love-share to the world.  “The stories behind our songs make them come alive in a new way, and in our live shows, people experience that.  It’s that thing where people realize how connected they can feel to a certain song or lyric,” says Kassie.  Touring listening rooms throughout the United States, this Americana act has honed their sound through years of performing and writing, as well as extending their reach into audio production and engineering.  Following after Benjamin’s audio background, the duo self-released their sophomore self-titled album from their own Greensound Studios.