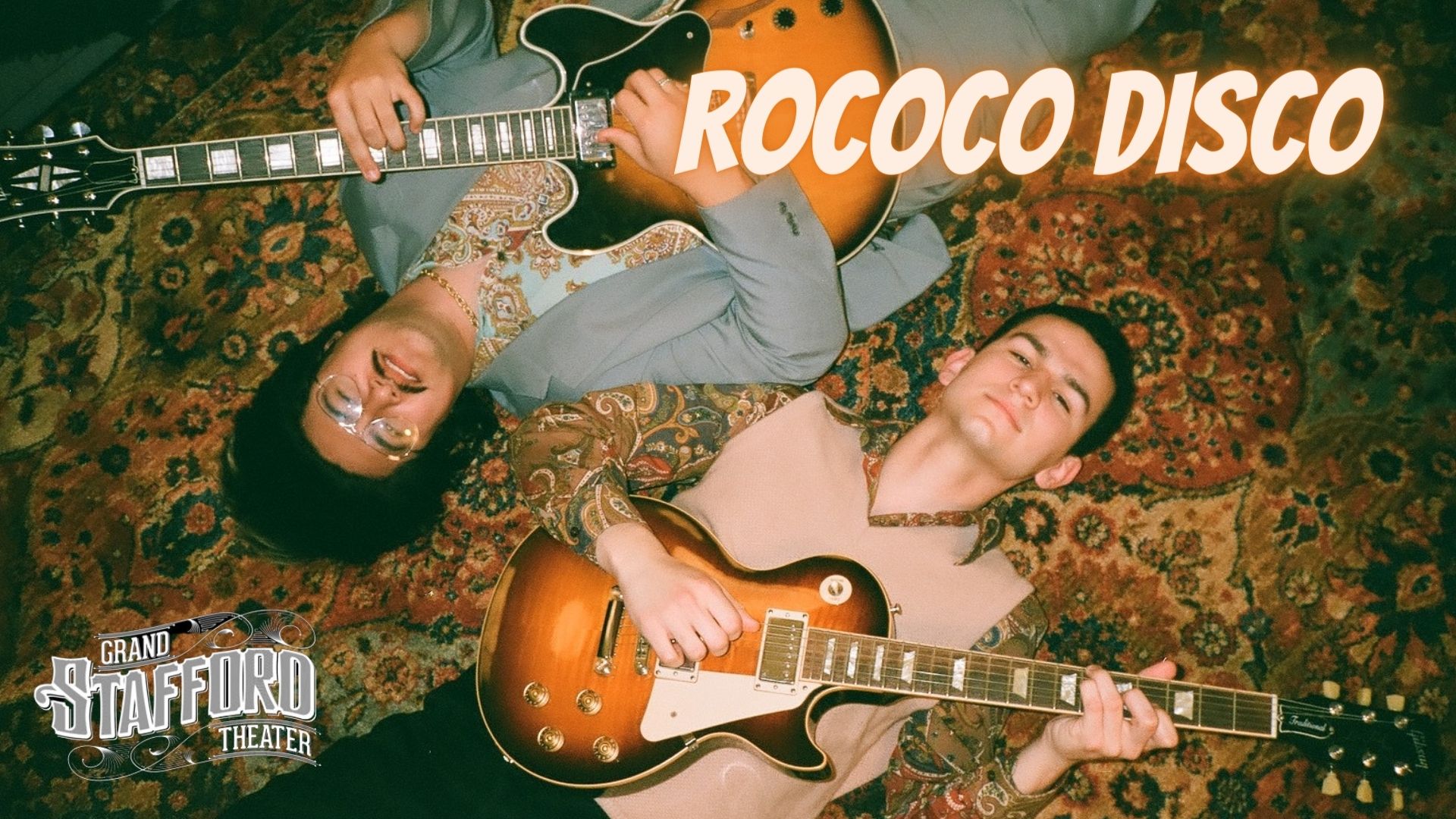 If there’s one thing the members of rococo disco believe, it’s that good music has soul. Funky bass lines (hear “Lial”), dense layers (hear “Cowboy Dreams”), and unique vocals (hear “Honey Do”) and groovy vibes float your way the second you wet your whistle with one of their tracks.

Rococo Disco has gained over half a million spins on their singles “Honey Do” and “Lemon Drop” and entertain 20,000+ monthly listeners on Spotify. Core members include Paul Chu and David Soto, who grew up in Austin, Texas, and met while attending Texas A&M University. They started playing shows around Central Texas and have continued growing their popularity since.

Their following has come to expect high-energy live performances and funny stage antics like kazoo solos and confetti explosions. Paul is the frontman and has a hilarious back-and-forth dynamic with the crowd. David is known for his mind-bending guitar solos that he’s liable to

play with his teeth if he’s feeling it. That, coupled with Paul’s vast vocal range and power makes for extremely fun and compelling shows.

The band dropped their first EP in 2019 called “Jaded”. The project includes local hits such as “Honey Do”, a harmony-filled tune with an infectious chorus, and “Lial”, a gritty expression of jealousy. Other popular singles include “Lemon Drop”, a moody tune with dense layers, and “Cowboy Dreams”, a fun cosmic cowboy frontier jam.