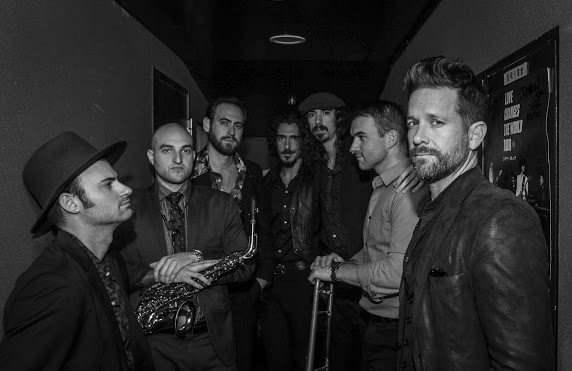 ROXY ROCA’S mission is to spread a message of love, hope and equality, and to do so while having fun. Drawing influence from the hard-funk of the 70’s, including inspiration from classics like Baby Huey’s “Hard Times” and James Brown on his seminal album The Payback, the band has created a sound unique to it’s own brand.

ROXY ROCA’S music oozes with funk and R&B while adding in elements of rock n’ roll. The band sonically flexes its muscle on saxophone and trombone, complimented by shredding guitars and deep pocket grooves. The music serves as a vehicle for lead singer Taye Cannon’s lyrics that touch on a range of topics which include the and struggles of love in its many forms and social consciousness. In contrast, he also boasts the lighter side of life because it’s far too short to not have a sense of humor.

The band’s true strength is it’s live show, and if you’ve ever attended one of their concerts then you know they live by the creed that “Happiness is a Choice”. With no plans of slowing down, they released a new, full-length album in September 2018. ROXY ROCA tours internationally and domestically, and they continue to spread love and hope through music one show at a time.