Recently, I got the opportunity to interview John Krajicek, the lead singer of Leavenworth, and ask some questions about his band and their upcoming debut album.

I am an Executive Professor in Mays Business School, where I serve as Communications coach for MBAs and other Masters students. I teach and coach public speaking, professional presence, self-awareness, mindfulness, emotional intelligence, etc. Performing music is, of course, much different than delivering a business presentation, but it’s also surprising how much they have in common. For example, to perform well in both it is of course critical to be really well prepared, but at the same time, once the lights go on so to speak, you need to stay in the moment at all times. Be here now. Fully engaged in each moment.

After having played in many bands over the years, including a few bluegrass bands, I just came to a point where it was time for me to start a project that was what I really wanted to do. Not that I regret any of those previous bands. I learned a lot and made some very good friends through those projects. But in most of those situations, I wasn’t playing the kind of music that is where I really LIVE musically. I’m not getting any younger, and it was just time. Time to put together a band that felt like coming home to me. And man, did I get lucky. Leavenworth started as a solo project, because I wasn’t sure I would be able to find the right guys. But I was amazed how quickly I did find these guys. Thank you, Craigslist!

I was born in Leavenworth, Kansas. And as I said before, this project represents to me a kind of coming home, thus the name. And by the way, it was a bit odd living in Leavenworth as a young kid. The Federal prison there is very present, and I recall as a little kid wondering if I would ever encounter any escaped prisoners. Pretty heavy stuff for a 5 year old.

·        Tell me about what inspires/influences you musically and lyrically?

Well, we all stand on the shoulders of giants, and like everyone I am heavily influenced by a lot of artists. Beginning with The Beatles (specifically John Lennon) and Bob Dylan. But through the years, bands such as REM, Wilco, Death Cab for Cutie, Centro-matic, and more recently, bands like the Water Liars, Wiretree, and The Head and the Heart influence me musically. But I’m probably influenced by musicians from other genres as well, just through listening to them for so many hours. Artists like Coltrane, Miles Davis, and Jaco Pastorius to David Rawlings, Gillian Welch, and Townes Van Zandt. This is a bit of a stretch, but I am also a painter, and I suspect that my favorite painters have influenced my songwriting in some ways (Pollock, De Kooning, Klee, Miro, Joan Mitchell). When we give ourselves over to the creative process, who knows what influences us from our memories and experiences? When you’ve spent hours listening to a Miles Davis record, even if you don’t play jazz, how can that experience not influence you in some way?

Lyrically, it is important to me to write from a place of integrity. Of honesty. For me, that means avoiding the clichés that we so often see. I mean, how many times can you use rhymes such as senoritas and margaritas? I’m not really knocking that sort of thing. I’m just saying it isn’t me. I prefer to write from my own actual experience and my own actual memories. So, a lot of what I write about is family and friends. The actual, real experiences that I have had with the actual people who I love and who love me. The deep moments (such as my parents’ deaths) and the more mundane moments that somehow become strong memories.

Wordsworth said “Poetry is the spontaneous overflow of powerful feelings: it takes its origin from emotion recollected in tranquility.” That feels pretty right for me. Because I do prefer to write from my own experience, that means drawing heavily on my memories. But we know our memory isn’t particularly reliable. That in itself is really fascinating to me. So, for example, one of the songs on the new record – “Occurs to Me” – involves memories of me being a kid in Leavenworth, Kansas. The chorus of that song goes “If memory serves me / unfaithful servant /  whatever occurs to me /  is all I can see.” Or another lyric of mine asks “Is it memory / or must’ve been?”

What I’m getting at is that I sometimes take the consciously postmodern approach of writing about something in the past while simultaneously writing about the process of remembering. There is no doubt that, to some extent, we construct what happened in the past. Of course, the older I get, the more I think we actually construct the present as well, but that’s another kettle of fish.

Anyway, the practical process of my songwriting process varies. Sometimes I have a chord progression that I’ve found and I work it and work it until a melody starts showing itself. Sometimes the melody comes first. I have even written songs in my sleep! I have literally woke up with a tune in my head, and sometimes even lyrics to go with that melody, and my job is to write down or record that gift before it slips away. But all the songs develop as you play them over and over again. It almost feels like what I’ve heard sculptors say, that they scrap away what doesn’t belong in order to find the figure that is trapped within the medium. Sometimes it feels that way. As if I am not just making up the song, but rather discovering it, learning it, finding it.

·        If you were to tell a new listener about the new record, how would you describe it?

Well, I’m pretty biased, but I think it is a really good record! One thing that would become obvious immediately to a listener is the variety. We certainly have our own sound, but one characteristic of that sound IS variety. Much of what we do I suppose you could call Alt Folk Rock. But that label doesn’t really get it. In fact, some of the songs are a little bit country, some rock pretty hard, and some have a more poppy feel. One song, the closer on the record (Hibernation) has a sort’ve Wilco-esque Kraut rock foundation, with an extended swirling guitar solo around it. So yeah, a lot of variety.

Lyrically it varies as well. We range from lighter, poppy moments to heavy reflections of the past. Even a few fun, silly moments, such as our song “Birds of North America,” which is basically an extended litany of bird names and things associates with birds. But then another more serious song, “Ridgelines (too many),” imagines a Confederate soldier walking home from the Civil War, and the song is delivered from his point of view. So again, a lot of variety. And we’re very proud of this variety, and we think people will dig it.

·        What are you most excited/nervous about the release of your first album and playing at the Stafford?

No, not nervous. But very excited. When you launch something like this into the world, there is always that anticipation of what people will make of it. But I mainly feel like this CD and show is the culmination of many years of songwriting, performing, playing in bands… it’s kind of a big deal for us, and we’re thrilled that it is at the Stafford, our favorite (and the best) venue in town. But we’re also already looking forward to the next record. It’s interesting how much you learn about your bandmates (and yourself) making a record. When you finish, it’s not that you wish you could go back and rerecord things now that you have a better feel for each other and the songs, but you do very quickly start looking forward to the next one. And we have 5 or 6 songs pretty much ready to record, and 4 or 5 more that we will complete soon. So, as much as this is a wonderful moment that we will enjoy and cherish, on “Monday morning” we’ll keep pressing forward. I love the process of creating. I love the process of collaborating what I’ve created to make it better. And I love performing. So we look forward to more of that after this first record. It’s just the beginning…

Come Check out John and the rest of the guys in Leavenworth on September 24th at the Stafford, as they mark the release of their new debut album “All Despite Biology”. Special guest appearance by Adam Mikeal of the Brazos Symphony, who will join Leavenworth on one of their songs. Openers for the show are Americana artists Ben Ballinger and Chris Longoria Gonzales. Doors open at 7pm with music starting at 8pm. Tickets are $5 at the door or online in advance. 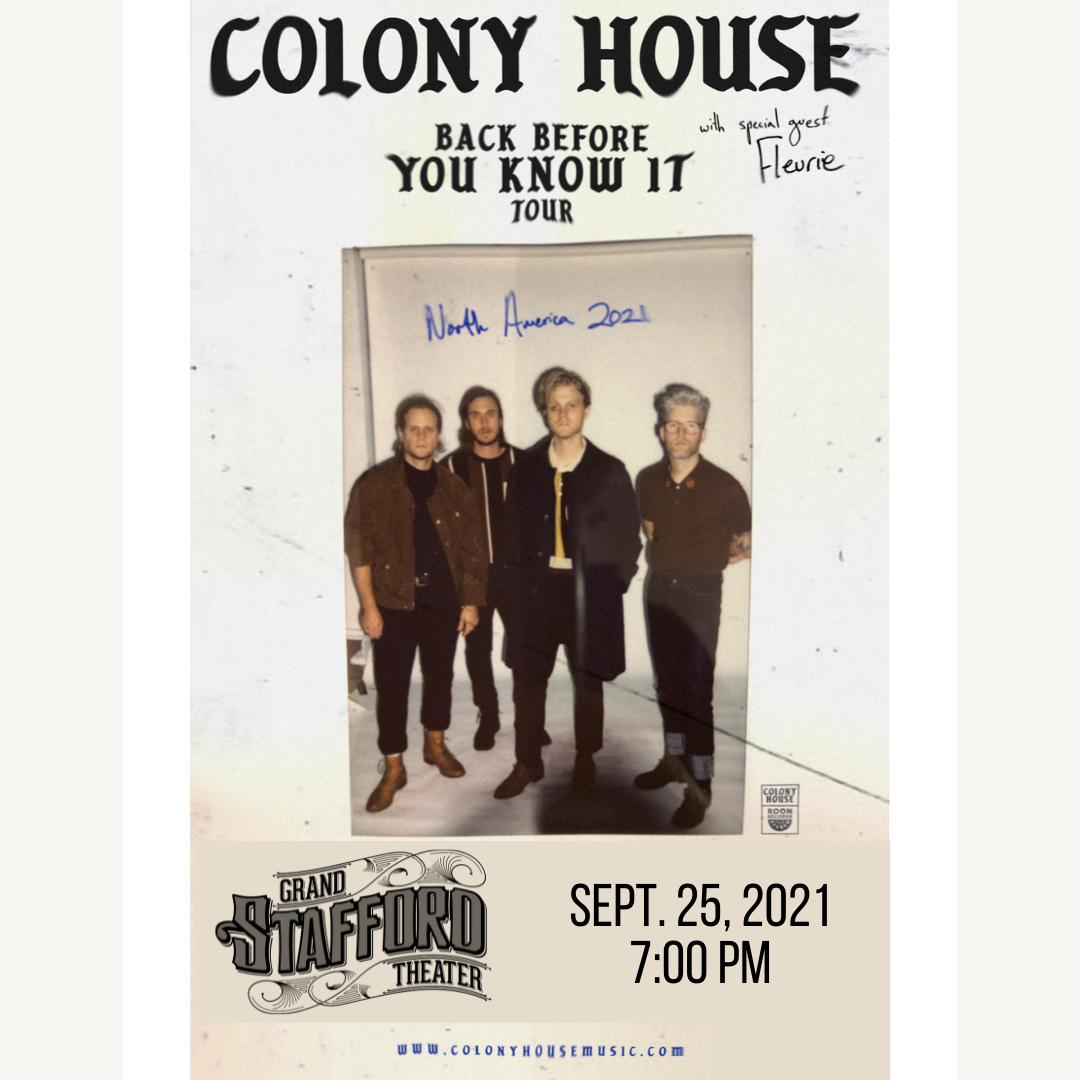 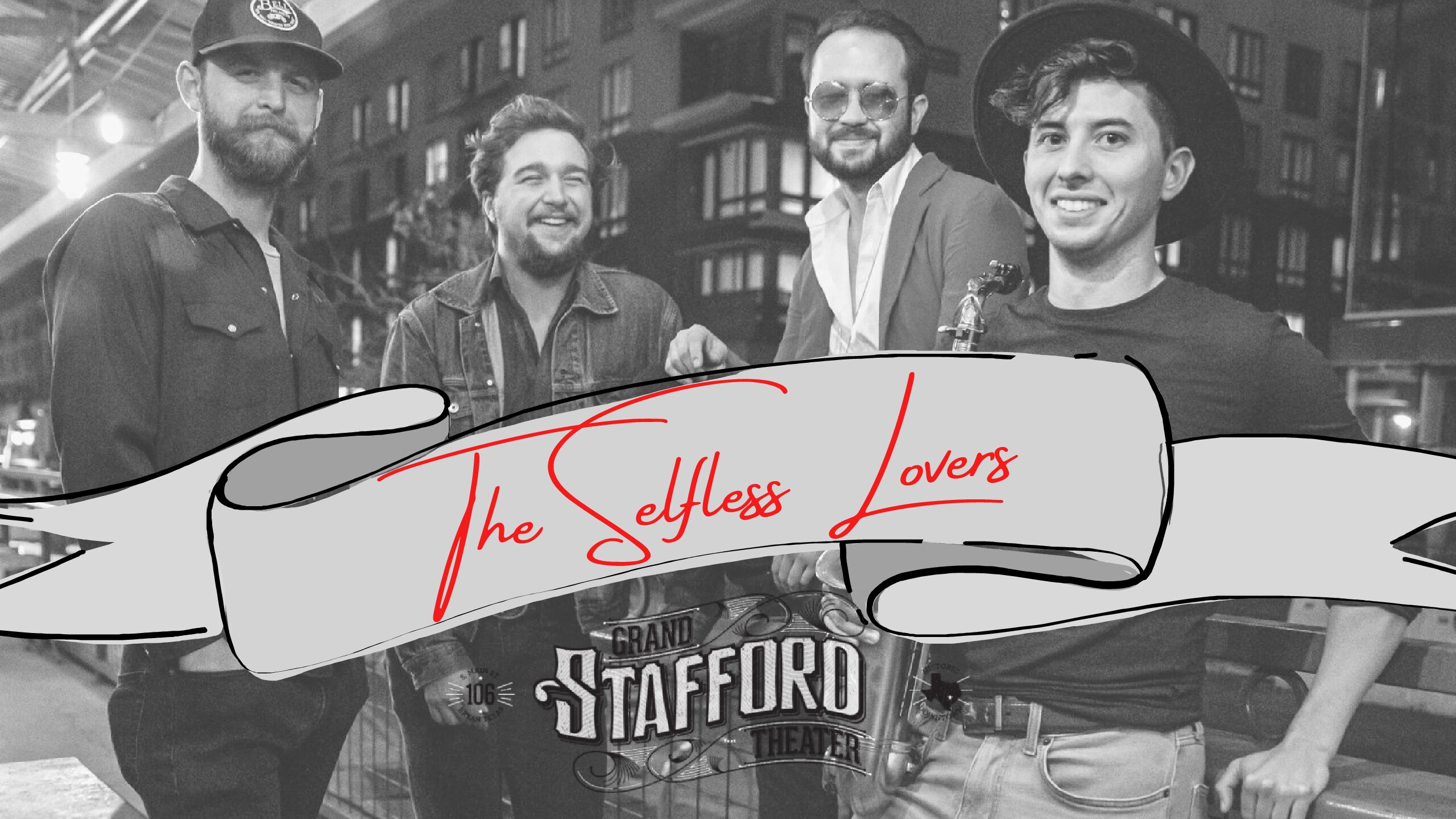