Is Peggy Sue really worth wetting your pants over? That depends (don’t miss the puns). Have you ever heard two ladies strapped with guitars croon about the considerable heartache of being a superhero (i.e. “The Ballad of Superman”)? Although the claim that they are the “best thing you’ve ever heard” might be a little over the top, Peggy Sue will have you humming along before you even know the words. On stage or off, Peggy Sue refuses to pamper (don’t pun-ish me) their music with gimmicks or clichés. The great thing about front-women Slade and Young is the message they emit in choosing to write songs about Superman, or people who step on snails in the dark, or a cannibalistic lover who thieves body parts. While Peggy Sue adheres to, and improves upon, the indie-folk sound that many have grown to adore in recent years, their subject matter seems to inadvertently declare that you don’t have to be coming from heartbreak or a hurt place when you pick up an acoustic guitar (I’m looking at you, T-Swift).

Peggy Sue is original. Peggy Sue is unique. Peggy Sue is charming, quirky, genuine, and damn talented. Slade and Young are known for wielding their wittiness like a blade, a weapon reflected by their lyricism and their between-song dialogue while onstage. Adding to the excitement of Peggy Sue at the Stafford, the band will release their highly anticipated third album “Choir of Echoes” on January 28th. Of the record, the band says: “Choir of Echoes is an album about singing. About losing your voice and finding it again. Voices keeping each other company and voices competing for space. The call and response of the kindest and the cruelest words. Choruses. Duets. Whispers and shouts.” As such, the band’s third release is poised to boast the kind of matured goodness that would make even the hippest oenophile relish in delight. “Choir of Echoes” may just be Peggy Sue’s magnum opus, as they have been building upon their sound and flavor since 2005. 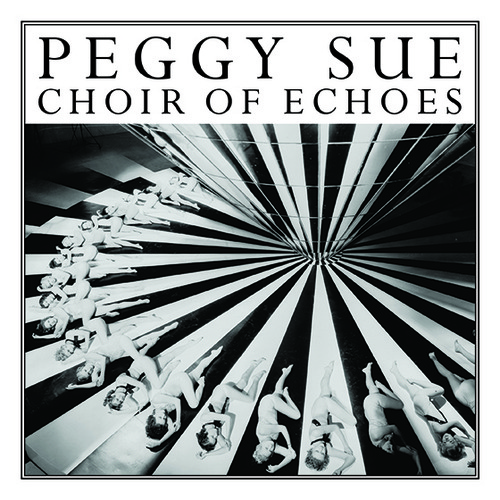 In 2012, before beginning work on “Choir of Echoes,” Peggy Sue delivered a Rock’n’roll cover album inspired by the 1963 Kenneth Anger cult-classic film “Scorpio Rising.” On top of that, the band has spent a large majority of the last few years touring the UK and perfecting their stage presence with powerhouse acts such as Kate Nash, Mumford and Sons, The Maccabees, and Jack White. Join us in welcoming Peggy Sue to the States on Wednesday, January 29th at the one and only Grand Stafford Theater! Who knows, it might be the best thing you’ve ever heard! Doors open at 6:00 pm, $5 tickets available now on the Grand Stafford website and at the door on Wednesday!