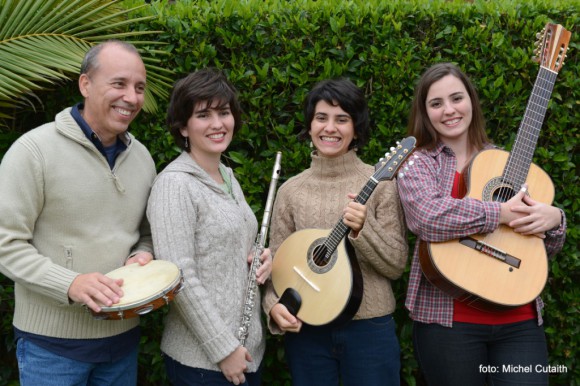 Listening to Choro Das Três play is like being a part of history. The unique sounds of the Brazilian choro family band are reminiscent of days way-back-when and transport you to another continent. The perfection with which they play every note is something you see only in musicians who truly understand and love their craft with every piece of their heart. You can see the raw passion, the commitment to family, and the commitment to preserving a piece of history.

Choro Das Três is a Brazilian instrumental group of three sisters and their father that started in 2002. They play traditional Choro music, which is a form of urban jazz native to Brazil that shares a similar feel with New Orleans jazz or ragtime and bluegrass. Their mission is to revive the Choro tradition in Brazil and to spread it around the world.

They have three albums and have played for millions of people, including Brazilian presidents, governors, ministers, TV and radio shows, soccer stadiums, and concerts in the U.S. and France.

Want a sneak preview of the incredible music? Give it a listen here.